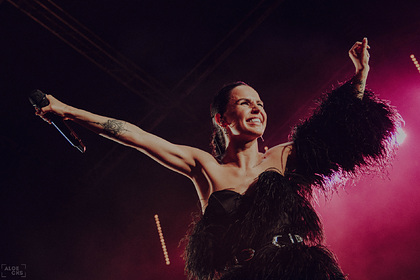 MTC Live will be the executive producer of the big solo concert of the singer Zivert in Moscow. It will take place on April 15, 2022 at the Music Media Dome.

A unique high-tech scenography, colorful scenery and special effects, light and sound show are being developed especially for the concert. And the singer herself is working on a large musical program, in which other artists who have recorded joint tracks with her will take part.

In the fall of 2021, the owner of the Golden Gramophone for the hit Credo and a dozen other prestigious awards, Zivert released her second studio album “Vinyl # 2”, on which she worked for 2 years.

The first tickets have already gone on sale exclusively on MTS Live.