Deputy Prime Minister of Moldova Spinu: Moldovagaz has not found a solution for gas payments 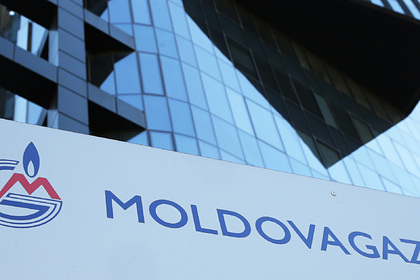 Energy company Moldovagaz has not found money yet to pay the debt to the Russian “Gazprom” in the amount of $ 74.2 million. The Deputy Prime Minister of Moldova Andrei Spinu wrote about this on his Facebook.

He noted that the day before, on November 22, a meeting of the Supervisory Board of Moldovagaz took place, the topic of which was the debt accumulated by the energy company in October and November. Gazprom was supposed to receive payment before November 20 – this form of payment is included in the contract between Gazprom and Moldovagaz. After the meeting, the energy company received a notification about the need to pay the debt within 48 hours.

“So far, Moldovagaz has not found a commercial solution to close the current debt,” wrote Andrei Spynu and explained that the company was buying gas in October at a price of over $ 790 per thousand cubic meters, and the tariff included a price of $ 148 per thousand cubic meters. From November, the changed tariff will be applied to settlements, and Moldovagaz will be obliged to pay in full for the gas purchases from Gazprom.

The need for Moldovagaz to pay the debt to Gazprom became known on November 22. The Russian supplier gave the company 48 hours and warned that it would stop supplying gas in case of non-payment. “Moldovagaz” asked the authorities to help with the payment of the debt. Former Prime Minister of Moldova Ion Chicu explained that the government had to allocate funds under the state of emergency, which ended on November 20. Now, according to him, the authorities have no right to allocate money – for this, the cabinet of ministers must approve a special bill and approve it in parliament.