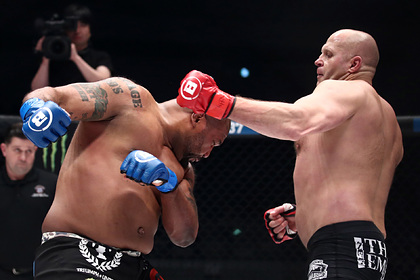 American mixed style fighter (MMA) Quinton Jackson try yourself in other martial arts. This is reported by MMA Junkie.

The 43-year-old American, who lost to Russian heavyweight Fedor Emelianenko in his last fight, will end his MMA career. Jackson admitted that he was disappointed in this sport and intends to try himself outside the cage. In particular, he is considering participating in fights according to the rules of boxing.

Jackson is looking forward to a fight with a famous boxer. We are talking about a possible confrontation with the veteran Shannon Briggs. The fight with the former world heavyweight champion is planned under the Thriller banner.

Jackson's last MMA fight was at the Bellator tournament in Japan, which took place in December 2019. Then the American lost to Emelianenko by knockout in the first round.

Jackson has a total of 52 fights according to the MMA rules. Among them, 38 wins and 14 defeats. He is best known for his performances in the UFC and Pride.