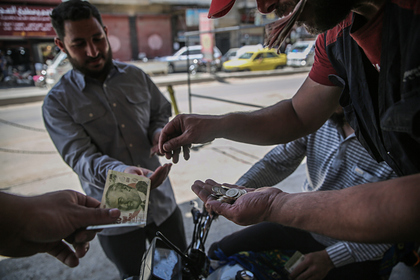 The Turkish lira exchange rate against the dollar collapsed record-breaking, according to data on Tuesday, November 23 bidding. At 11:51 Moscow time, the dollar was given 12.48 lira (plus nine percent compared to the close of the previous trading session). An hour later, the Turkish currency strengthened slightly – the dollar was worth 12.19 lira.

In early August, the dollar was worth 8.3 lira. The devaluation of the Turkish currency is due to the pressure of President Recep Tayyip Erdogan on the National Bank. The head of state, contrary to macroeconomic theory, believes that the key rate cut will help fight inflation, which reached 20 percent in Turkey in September. The Turkish Central Bank at the last meeting on November 18 lowered its key rate from 16 to 15 percent.