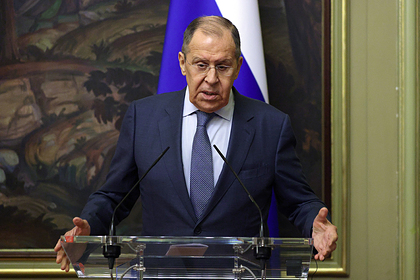 without “, deliberately take unfriendly steps against Russia. One example is the blatant sanctions against the Russian Nord Stream 2 gas pipeline. This was the opinion of Russian Foreign Minister Sergei Lavrov, quoted by RIA Novosti.

“It is clear that we are working in very difficult conditions, and the challenges and risks are multifaceted. And a sign of the times for many years has been the use of politically motivated unilateral restrictions by the majority of Western states, led by the Americans, which are introduced for everything, “the diplomat said.

Lavrov added that Moscow, for its part, is reacting adequately. ” According to him, the new restrictive measures will affect the “Russian-related company” Transadria Ltd and the ship “Marlin” owned by it.