Hristo Grozev: The West tried to put pressure on Ukraine so that it would not give Tsemakh to Russia 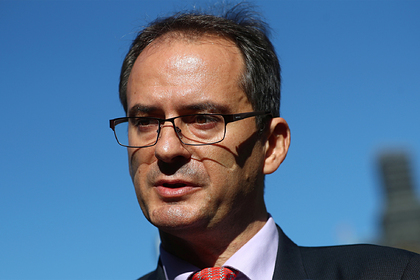 The West put pressure on Kiev because of the former boss Air defense in the city of Snezhnoe by Vladimir Tsemakh, who is considered a valuable witness in the case of the Boeing MH17 crash in Donbass in 2014. This was stated by the representative of Bellingcat ( included by the Ministry of Justice of Russia in the list of foreign agents ) Hristo Grozev in an interview with Ukrainian journalist Dmitry Gordon.

As it became known to Grozev, Tsemakh was considered a very valuable witness by prosecutors and investigators in the case of a plane crash. “It was so valuable that for the first time in young history, ministers of Western countries directly tried to put pressure on your government and on your presidential office so as not to do something. I know that there were such conversations on the eve of [extradition of Tsemakh to Russia], ”Grozev says.

He listed two explanations of why Kiev betrayed Tsemakh. The first is that the Ukrainian authorities did not want to sacrifice their citizens, whom Moscow was ready to exchange for the ex-chief of the air defense.

“Russia, recognizing its crime and the importance of removing this witness, said:“ We will not release all these innocent people that we keep here, if you do not give us this particular person. Others do not interest us, “” – says Grozev.

Another explanation is that Ukraine was afraid of possible pressure from the Kremlin over Tsemakh in the future. According to Grozev, in the place of the Ukrainian authorities, he would first have handed over a “valuable witness” to investigators in the Netherlands.

In September 2019, Russia and Ukraine exchanged prisoners according to the “35 to 35” formula. Sailors detained in the Kerch Strait and director Oleg Sentsov, convicted of terrorism charges, have returned to Kiev. Journalist Kirill Vyshinsky and Tsemakh arrived in Russia.

A Malaysian Airlines Boeing 777, flying from Amsterdam to Kuala Lumpur, crashed on July 17, 2014 in the territory controlled by the self-proclaimed Donetsk People's Republic (DPR). 298 people were killed.

The investigation believes that former DPR Defense Minister Igor Girkin (Strelkov) and three of his subordinates – Sergei Dubinsky, Oleg Pulatov and Leonid Kharchenko were involved in the plane crash. They are accused of delivering a Buk air defense missile system from Russia to Ukraine, from which the liner was shot down. Russia denies any involvement in the downing of MH17.