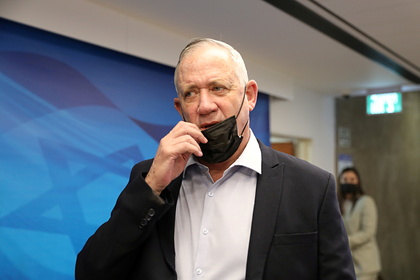 Iran uses its military bases in the southern region of Chabahar to store unmanned aerial vehicles (UAVs), as well as to launch drone strikes against ground targets outside the state. This was announced by Israeli Defense Minister Benny Gantz at a strategic conference at Reichman University in Gerlitzia. His words were conveyed by the editor of the state publication Arutz Sheva Roni Kempinski on his Twitter page.

“Either Kill or Die” Poisons, bombs, intrigue. How the legendary Mossad intelligence service has been eliminating the enemies of the Jewish state for 70 years? 00: 10-16 September

East. Why it won't help Russia to strengthen its position in Syria

He named drones as one of Iran's key military tools. According to him, UAVs can reach strategic targets within thousands of kilometers. “This potential is already endangering Sunni countries, international troops in the Middle East, as well as countries in Europe and Africa,” the minister said.

According to him, the Iranian weapons program poses a threat to all countries. Gantz mentioned that Iran is launching drones in Syria and helping Lebanese Hezbollah to launch high-precision attacks on Israel.

In late July, the Israeli oil tanker Mercer Street was attacked by one or more kamikaze drones. As a result, two crew members died – a Romanian citizen and a British citizen. Western countries – in particular, Great Britain and the United States – consider the Iranian authorities to be involved in the incident.

Israel also makes accusations. The Russian Foreign Ministry noted that without the presentation of evidence, the accusations of Iran by Western countries are groundless. Tehran denies everything.