In the Novosibirsk region, investigators opened a criminal case after poisoning sushi in Tatarsk 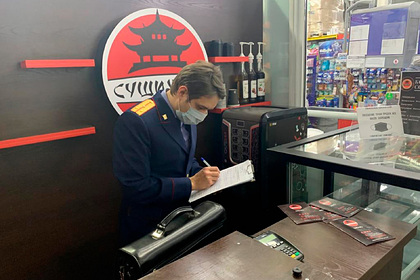 a criminal case under article 238 (“Sale of goods and products that do not meet the requirements of the safety of life and health of consumers”) of the Criminal Code of the Russian Federation. This was announced on Tuesday, November 23rd, by the regional department of the Investigative Committee of Russia (TFR).

According to the investigation, this decision was made after a check of information that appeared in the media about the mass appeal of residents of the city of Tatarsk to medical institutions. All who applied were diagnosed with acute intestinal infection, gastroenteritis.

Mass poisoning in Tatarsk was reported on November 22 – at first the number of victims was estimated at 20 people, later their number increased to 30, and according to the NGS portal with reference to the prosecutor's office – up to 46 people. After information about the mass poisoning received from the regional Rospotrebnadzor, the prosecutor's office began checking the cafe for compliance with sanitary and epidemiological standards.

In turn, the head of the Sushi House network Maria Ryzhova said on the air of the radio station “Moscow Says “That plans to file a lawsuit for disseminating false information.

” There is not a single confirmed fact of poisoning, not a single person has been hospitalized in the infectious diseases department, checks have not been provided, “she stressed.