Former head of the SBU department: Americans and Poles will not defend Ukraine 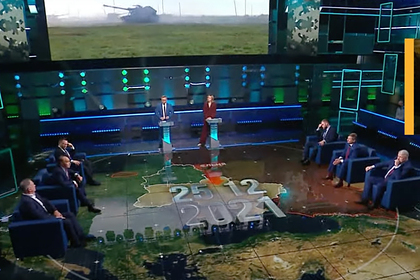 Former head of the Investigative Department of the Security Service of Ukraine (SBU), general Major Vasyl Vovk on the air of “Ukraine 24” urged fellow citizens to stop “looking into Uncle Sam's mouth.” A video of his speech is available on YouTube.

Vovk urged not to hope for help from the West in the event of a war with Russia.

“We hope that the Poles and Americans will help us. No. They will not enter here with any soldier's boots to protect us, “Vovk said.

He added that in the next 10-20 Ukraine will not become a NATO member.

” And we like a kindergarten, we look into the mouth of Uncle Sam, the lords of the English and Polish strategic partners! Let's focus on multi-vector diplomacy, “Vovk added.

Earlier, the main intelligence department of the Ministry of Defense of Ukraine announced an increase in the combat capability of the self-proclaimed republics of Donbass.