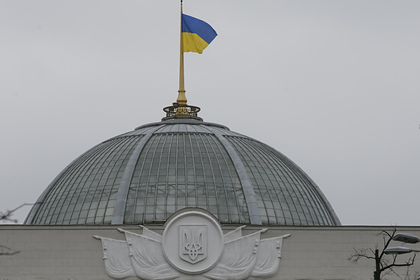 life “(HLP) in the Verkhovna Rada, Yuriy Boyko revealed the purpose of the statements about the allegedly impending Russian invasion of Ukraine. He stated this on the air of the Ukraine 24 TV channel, RIA Novosti reports.

According to him, in this way Kiev hopes to scare the country's population in order to hide the real problems of the state. Boyko said that the situation from the past has practically “migrated” to the present. For example, he noted that the former NSDC secretary, Alexander Turchinov, almost every week announced in parliament about the threat from Russia and demanded the adoption of various laws, while all other problems were hidden.

“And what does it have to do with tariffs, gas – this is already secondary. They'll attack, God forbid, this is the most important thing. They just really scare people, “the deputy concluded.

Earlier, the head of the Main Intelligence Directorate (GUR) of the Ministry of Defense of Ukraine, Kirill Budanov, predicted an imminent Russian invasion of the country. According to him, Moscow has concentrated more than 92,000 troops on the border and is preparing for an attack. The head of the GUR indicated that it will become much more destructive than any of the previously undertaken.

On November 17, Bloomberg described a pessimistic scenario for the development of the migration crisis on the border of Poland and Belarus. According to the author of the article, the presidents of Russia and Belarus, Vladimir Putin and Alexander Lukashenko, may escalate this conflict. At the same time, it was noted that in the event of an open armed clash, Russia has already mobilized its forces on the border with Ukraine.

Russia denies foreign media reports that the country is pulling troops to the border with Ukraine. In particular, the Foreign Ministry called such statements about Russian aggression ridiculous and dangerous.