At least 45 people died in road accidents in Bulgaria, including 12 minors 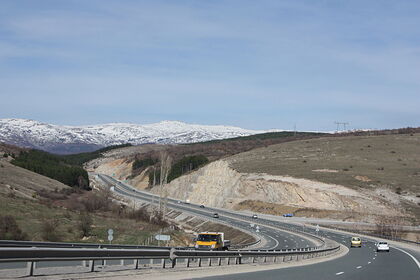 by bus that happened in Bulgaria. It was reported by BGNES agency.

The accident occurred on the 31st kilometer of the Struma highway, as a result of an accident a bus with a Macedonian registration caught fire. According to the agency, there were 52 people in total. Among the dead – 12 minors. The Prime Minister of North Macedonia Zoran Zaev expressed condolences in connection with the incident.

Road expert Diana Rusinova said that this section of the route had many problems. In particular, pits were repaired there all summer.