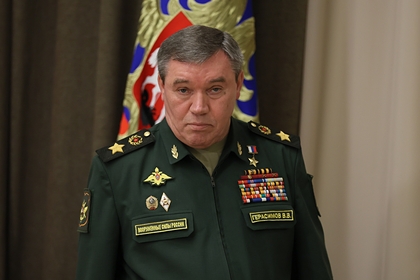 Head of the General Staff of the Russian Armed Forces Valery Gerasimov and Chairman of the Committee of Chiefs of Staff US forces Mark Millie had a telephone conversation. This was reported by TASS.

The military leaders discussed topical issues of international security. “The telephone conversation was a continuation of communication between the two leaders to ensure risk reduction and operational conflict prevention,” the committee said. It is noted that both sides agreed not to disclose specific details of their conversation.

Earlier, The Wall Street Journal reported that the United States was interested in the possible use of Russian military bases in Central Asia. According to the WSJ, this possibility was discussed by the head of the US Joint Chiefs of Staff, General Mark Milli and Chief of the General Staff of the Russian Armed Forces, Valery Gerasimov, at a face-to-face meeting in Finland on September 22.