“Fontanka”: for the construction of the high-speed rail they wanted to destroy the historic quarter in St. Petersburg 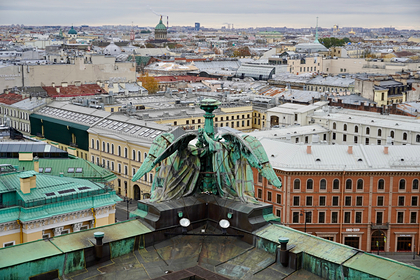 ) Moscow – St. Petersburg will have to demolish the historic quarter in the city center. The plan of one of the main Russian megaprojects was discussed at the Council for the Preservation of Cultural Heritage, Fontanka writes.

The developers wanted to destroy part of the buildings in the area of ​​Ligovsky Prospekt, the Galereya shopping and entertainment center, the railway and Transportny Lane – this area is protected by the city authorities, and it is forbidden to dismantle houses there. The architects proposed to amend the legislation – to add a section allowing the demolition of the quarter without restoration within the framework of the program “Development of the transport system of St. Petersburg.” the Bliegken & Robinson chocolate-biscuit factory. In addition, five pre-revolutionary buildings of the Farforovsky post station and the Farforovskaya station itself will have to be demolished – a new platform will appear in their place. However, council members do not have the authority to amend city legislation. They decided to create a special working group to study in more detail the issues of preserving the historical heritage.

For the first time, they started talking about the construction of a high-speed railway between Moscow and St. Petersburg in August. In September, the megaproject was included in the draft state budget for 2022-2024. It is planned to complete road works and launch trains by 2027. However, the government questioned the implementation of the project. Instead of a passenger route, the authorities suggested creating a dedicated freight route between the two largest cities, but later denied this information.