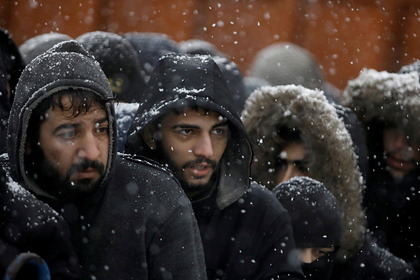 Head of the European Commission (EC) Ursula von der Leyen in connection with the aggravation of the migration crisis at the border of Belarus and the countries of Eastern Europe, she proposed to create a “black list” for illegal carriers. Her words are quoted by Reuters.

Today, on November 23, the EC put forward a proposal to include in a special list all persons involved in transporting refugees to the borders. It is assumed that special measures will be taken against them, which will further reduce the migration flow.

Von der Leyen added that the countries of the European Union (EU) agree on the main culprit of what is happening. She is confident that Belarusian President Alexander Lukashenko is deliberately provoking an aggravation of the crisis.

“Thus, the EU is testing its strength. This is not a migration crisis. This is an attempt by an authoritarian regime to destabilize its democratic neighbors, “said the head of the EC.

European Commissioner for Internal Affairs Ilva Johansson compared the President of Belarus with a” tour operator without a license “because of the situation with migrants on the border with Poland, Latvia and Lithuania.