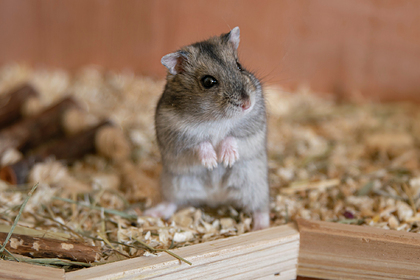 In Scotland, UK, a hamster that has been considered eaten by a dog for over a year returned to the owners. This is reported by the Daily Star.

43-year-old Elspeth Gold said that in June 2020, her hamster named Pablo disappeared. She searched for him for several months, but then decided that her dog Lucy had eaten the pet, stopped searching and got rid of the rodent cage.

Recently, members of the Gold family found Pablo running around the kitchen. At first, they did not believe that their pet was healthy and unharmed, but soon became convinced that Lucy did not eat anyone, and the hamster just ran away.

The woman shared Pablo's story in a post on Facebook and asked if anyone had then unnecessary cells. However, the hamster did not live long in the new house – nine days after his return, he died.

Earlier it was reported that the missing cat in the Scottish city of Aberdeen returned to the owners ten years later. Since returning home, the cat has regained the same habits that it had before it disappeared.