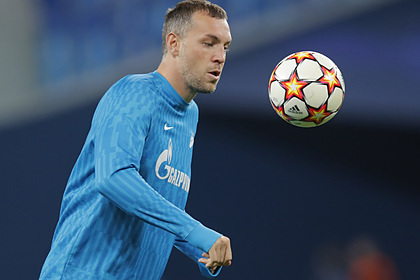 Forward of St. Petersburg did not score a penalty in the match of the fifth round of the group stage of the Champions League season-2021/2022 against the Swedish Malmo. This was reported by the “Lenta.ru” correspondent.

This happened in the 51st minute. The footballer shot through the center of the goal, and Malmo goalkeeper Johan Dalin parried the kick. By this time, the Swedish team was already leading in the score – 1: 0.

In the current Russian Premier League (RPL), Dziuba scored ten goals for Zenit. He is ranked second in the tournament scorers' race. He hasn't scored in the Champions League.