On the exam in history and social studies in 2022, the time for completing tasks will be reduced 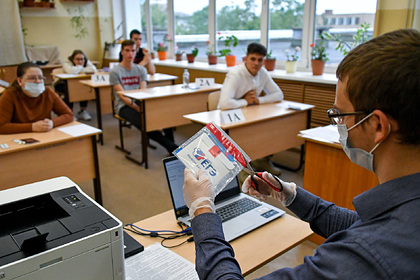 , and less time will be spent on certain items. The relevant information is disclosed in a document that appeared on the website of the Federal Institute for Pedagogical Measurements (FIPI).

According to the document, the changes affected all school subjects: Russian, mathematics, physics, chemistry, foreign languages, biology, history and others.

So, the time for completing assignments in some subjects was reduced – 180 minutes were allocated for the delivery of history and social studies instead of 235. In some disciplines the number of assignments decreased, while in others, on the contrary, increased. Also, according to the edits, in some subjects the maximum number of points has been changed: for example, now for the work performed in chemistry, it will be possible to get a maximum of 56 points, while in 2021 – 58.

At the same time, in the document, published on the website, there are no changes in the Russian language associated with the update of the spelling and punctuation rules.

Earlier, the Chairman of the Investigative Committee of Russia, Alexander Bastrykin, said that the Unified State Exam should be canceled, since “this is just some kind of torture for youth “. Bastrykin also called for the revival of the Soviet school of education – it was the best in the world, he said.