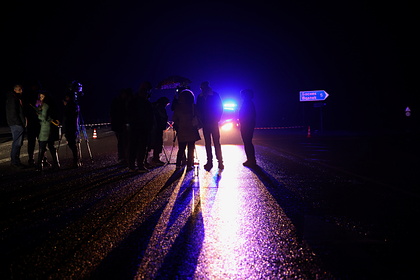 A bus that had an accident in Bulgaria killed 46 people, left Istanbul the day before. The details of the accident are reported by RIA Novosti with reference to local media outlets.

According to information from Bulgarian TV channels, the bus crossed the border of the country at 21:00 Moscow time. The accident itself occurred at 03:00 near the village of Bosnek in the Pernik region. It is noted that all the victims were citizens of North Macedonia. At the same time, some media outlets report on several survivors of the accident.

Earlier it was reported that the Bulgarian authorities are considering several versions of a major bus accident, which killed 46 people. The main possible reasons were called a wet road, a technical malfunction of the bus and a driver who fell asleep at the wheel. The investigators also admitted that the bus could catch fire even before the accident.