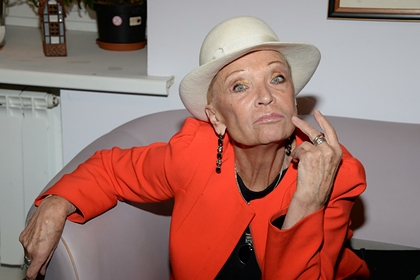 concierge and called an ambulance. Details of the hospitalization of the honored artist of the RSFSR were revealed by her granddaughter Maria Ivashova, writes StarHit.

According to Ivashova, relatives, having arrived at Svetlichnaya, saw an ambulance near the house. The 81-year-old actress agreed to be hospitalized. “They put her in a neurosurgical intensive care unit, and there are no mobile phones. You can only communicate with the attending physician, “said Svetlichnaya's granddaughter on the Let They Talk program on Channel One.

Relatives did not specify how Svetlichnaya feels now, noting only that qualified care has been organized for her. she has everything she needs.

Earlier, the media reported that Svetlana Svetlichnaya ended up in a psychiatric clinic due to damage to the cerebral vessels. It was noted that initially she ended up in the hospital due to heart problems. During the treatment, her behavior and emotional state changed.