MIC: complex parts for wheeled vehicles “Boomerang” will be printed on a 3D printer 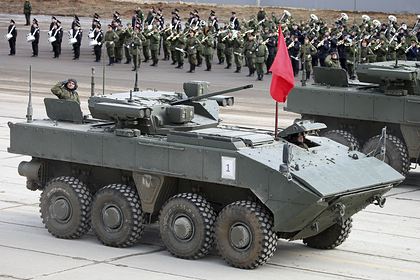 Russian wheeled vehicles on the unified combat platform “Boomerang” will receive 3D printed parts. The production of complex parts for promising armored personnel carriers has already been mastered. This was reported in the Instagram of the Military-Industrial Company.

The director of the military-industrial complex stressed that 3D printing will reduce the cost of manufacturing prototypes of equipment. Also, the new method will make it possible to speed up the process of creating complex parts for machines.

In August, a member of the board of the Military-Industrial Commission, Mikhail Osyko, announced the start of testing machines on the Boomerang platform. He emphasized that the K-16 armored personnel carrier and the K-17 infantry fighting vehicle have entered state tests.

In July, The National Interest magazine called the Boomerang an example of a weapon of the future. The publication noted the front location of the engine, which made it possible to equip the vehicle with a wide landing hatch.