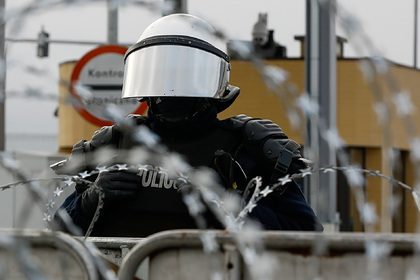 “To disperse the refugees, the Polish servicemen used explosives, which they threw across the border line into the territory of Belarus. Such actions are aimed at provoking an aggressive response from the refugees and creating the preconditions for another provocation at the border, “the border guards said.

Related materials00: 01 – November 3 Ours is a stranger. Europe has accepted millions of refugees. Why are they now hated, considered terrorists and wanted to be kicked out? 00:01 – November 18

Vzryvpaket is a pyrotechnic device designed to simulate the explosions of real ammunition. Under normal conditions, explosives are used mainly during exercises or war games. Failure to observe safety precautions from pyrotechnics can cause burns or other injuries to unprotected parts of the body.

Belarusian security officials claim that the use of special means violates international law. The country's investigative committee has already opened a criminal case against Polish soldiers under Article 128 of the Criminal Code of Belarus “Crime against the security of mankind. Mass atrocities committed in connection with race and ethnicity. ”

Earlier, the Belarusian leader Alexander Lukashenko announced a sharp decline in the number of migrants at the border. Lukashenka has also repeatedly stressed that he is ready to assist in sending people home, to the countries of the Middle East. Migrants are confident that they will face devastation at home and lack of prospects for the future.