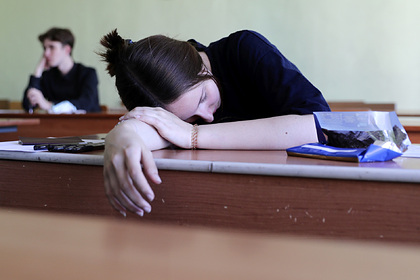 the exam (USE) should be canceled, as “it's just some kind of torture for young people.” He stated this at the conference “The Role of Law in Ensuring Human Well-being,” RIA Novosti reports.

Bastrykin also called for the revival of the Soviet school of education. “She was the best in the world, everyone has always recognized this, and our legislative proposals should be aimed at this,” said the chairman of the Investigative Committee.

Earlier, Rosobrnadzor considered it unreasonable to completely abandon the USE, as this could reduce the quality education. “Unified approaches and procedures organized at the federal level motivate schoolchildren to study,” the ministry noted and recalled that the exam confirmed its relevance as an effective mechanism for selecting applicants for admission to Russian universities.