Kommersant: Russian Railways has argued for the high-speed Moscow-Petersburg highway 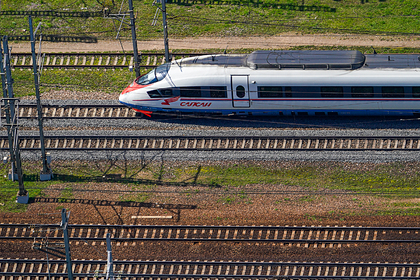 According to the newspaper, as an argument in favor of the construction of a megaproject, the company points out that without the highway, the country will be deprived of promising cargo flows to the ports of the north-western region. And for the export of goods, the development of the railway infrastructure will still need to be developed, which will cost almost the same money as the high-speed railroad (1.6 trillion rubles versus 1.7 trillion).

Kommersant claims that the decision on the fate of the highway has not yet been made. However, according to Deputy Prime Minister Marat Khusnullin, the authorities do not plan to abandon the project. He added that the project can be implemented in several stages. “Now we are focused on creating railway entrances and exits from cities, and in the future we will launch the main line,” Khusnullin specified.

The plans to build a high-speed rail line between Moscow and St. Petersburg became known in August. In September, it was included in the preliminary draft federal budget for 2022-24. The construction was supposed to be completed by 2027, after which the highway would be integrated with the third Moscow Central Diameter (MCD).

In 2020, Deputy Head of the Ministry of Transport Vladimir Tokarev said that the first train on the new road from Moscow to St. Petersburg will pass to December 2026. It was planned to bring the track to the net profit in 2031.