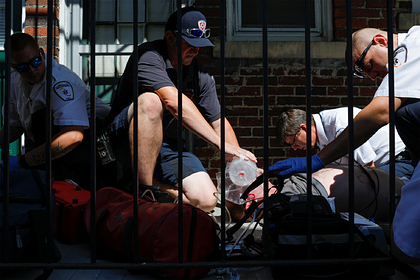 An international group of scientists has created a device that can save a patient from an opioid overdose. The principle of operation of the gadget is described in the journal Scientific Reports.

Experts from Canada and the United States have created a wearable gadget that analyzes the concentration of opioids in the blood in real time and prevents overdose. If the lethal dose is exceeded, the device will inject naloxone into the blood. This antidote is used for overdose of opioids, primarily heroin.

Scientists have compared the work of the gadget with an insulin pump, which is worn on the stomach and is used in the treatment of continuous subcutaneous insulin administration. The prototype device, which has the potential to save the lives of patients, is equipped with an accelerometer to measure the respiratory rate and a processor that analyzes the wearer's vital activity.

The device was tested with the participation of 20 volunteers who had not previously taken opioids. Study participants were required to mimic the signs of an overdose by holding their breath and stopping movement for 15 seconds. The gadget was supposed to inject an antidote into their bloodstream. After simulated seizures, blood samples were taken and the scientists determined that the device was correctly calculating the dose of naloxone.

“The opioid epidemic worsened during the pandemic and continues to be a major public health crisis,” said lead author research and doctor of the University of Washington, Justin Chan.

In mid-November, it became known that the United States set an anti-drug death record. Overdose of drugs has caused the death of more than 100 thousand people per year.