An explosion occurred in the Afghan market in the center of Kabul, a magnetic mine detonated 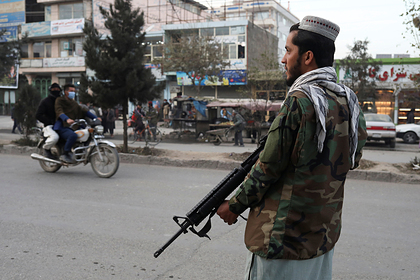 An explosion took place in the Afghan market in the center of Kabul. This was posted on the TOLO News Twitter account.

“Who didn't run away, he is hiding “How Afghans get used to a new life after the victory of the Taliban. Report from Afghanistan00:01 – 21 November Why only the Taliban succeeded?

According to Aamaj News, the explosion was caused by a detonated magnetic mine attached to the cars of members of the Taliban radical movement ( a terrorist organization banned in Russia ). The sounds of gunfire were also reported to have been heard after the explosion. The details of the incident are being specified.

On November 15 and 17, explosions occurred in Kabul, during which at least six people were killed. On November 2, two explosions thundered at the largest military hospital in Kabul named after Sardar Mohammad Daud Khan. According to eyewitnesses, terrorists of the “Islamic State” ( IS, a terrorist organization banned in Russia ) broke into the hospital building and entered into a fight with the Taliban.

After the radical group came to power, terrorist acts in the republic have become more frequent. Russian Security Council Secretary Nikolai Patrushev said that events in the country could develop according to a catastrophic scenario if the authorities in Kabul are unable to normalize the situation there.