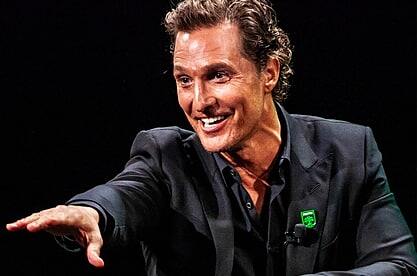 Matthew McConaughey's chances in the Texas governor's elections in 2022 are assessed … Americans believe that the actor can win, writes the New York Post.

According to a poll conducted by Dallas Morning News and Tyler University of Texas, the state wants to see the governor of McConaughey. In a heads-up race, he defeats both incumbent Governor Greg Abbott and Democratic candidate Beto O'Rourke. However, when the respondents were asked to choose one of three candidates, Abbott was ahead of the rest.

Earlier, Matthew McConaughey, during the podcast The Balanced Voice, said that he would consider becoming Governor of Texas and running for this post. p>

In the United States in 2003, the actor Arnold Schwarzenegger was elected 38th Governor of California. According to a public opinion poll, 71 percent of the state's population considered him underperforming, and in 2011 he resigned.