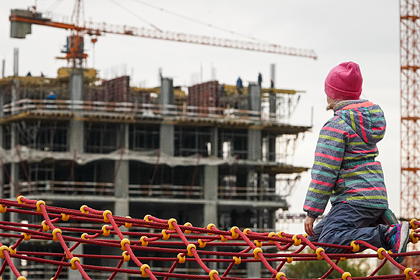 Analysts of the international consulting company Knight Frank expect By the end of 2021, a record amount of money will be invested in Russian real estate. Investments in construction sites will grow by 17 percent compared to 2020 and may reach 300 billion rubles – the maximum during the time of keeping such statistics. The research is at the disposal of Lenta.ru.

Most of the investments will fall on real estate in Moscow – 210 billion rubles. The remaining 90 billion will be invested in regional markets. Analysts noted an increase in investments in objects both in the capital and outside it – by 19.8 and 10.8 percent, respectively. The bulk of funds will be Russian, while foreign capital will account for about five percent – the least over the past two years.

The most popular category of buildings will be residential buildings – about 63 percent of the total investment will be on the sites for them, 14 percent more than in 2020. In second place, with a share of 13 percent, will be office buildings, and in third – warehouses (12 percent). Trade (nine percent) and hotel (three percent) real estate are next in terms of investment demand.

The record volume of investments in Knight Frank is explained by the high activity of developers, many of whom successfully completed initial and secondary public offerings in 2021 on the exchange. Experts expect that the trend towards large investments in housing sites will continue in 2022. “However, the factors of new waves of coronavirus and further increases in the key rate of the Central Bank of the Russian Federation may slightly correct the positive expectations for 2022,” said Alexei Novikov, Managing Partner of Knight Frank Russia.