Zakharova: The West is “pulling” Russia to the crisis on the border of the Belarusian-Polish border 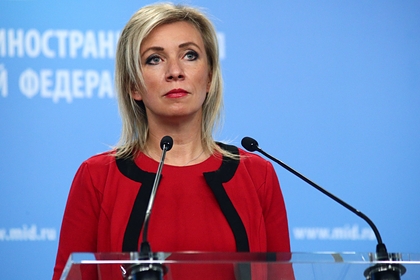 the Belarusian-Polish border in an attempt to find the culprit. The official representative of the Russian Foreign Ministry Maria Zakharova has accused the European Union and the United States of this, TASS reports.

According to the diplomat, Western countries need an external factor to convincingly explain the situation. “We need to come up with something that could be sold to our own citizens, electorate, population and the international community in order to explain why this has happened once again,” she said.

The Foreign Ministry spokeswoman stressed that first of all, the blame was laid on the official Minsk and Belarusian citizens. At the same time, according to her, the Russian side began to also be involved, since Moscow for the West is a heavy factor that can always be cited when it is necessary to appoint the guilty.

Earlier, Zakharova accused Poland of involvement in the occupation of Iraq. The diplomat noted that the Polish military was responsible for order in the Iraqi territory under her control, where more than 2,000 soldiers were stationed. According to her, the Polish authorities were occupiers, and now they are trying to stop the influx of refugees from Iraqi Kurdistan.

The migration crisis near the eastern borders of the European Union worsened after the Belarusian President Alexander Lukashenko said that Minsk would no longer be held back the flow of illegal immigrants to the EU countries. Since the beginning of November, thousands of migrants have gathered at the Polish-Belarusian border, they have made attempts to move to Poland. In this regard, the West accuses Lukashenka of deliberate provocation and the use of people at the border in their own interests.