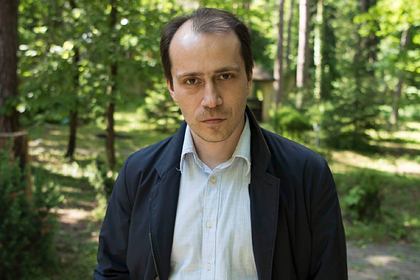 Founder of the ChronoPay payment company, RNP.com fund, the first investor in habr.com Pavel Vrublevsky, who is in the process of litigation against businessman Vladimir Shubin, told in his blog about the latter's deal with Tsapkov's lawyer Eduard Churgulia.

According to Vrublevsky, citing data from the cadastral register, in 2012 Shubin sold one of his houses to the lawyer of the Tsapkov gang, which had committed “one of the most monstrous, cruel, bloody and disgusting crimes.”

“Among the people who, according to the media, were probably somehow involved in the gang, but for some reason escaped responsibility, or maybe the media were mistaken about him, since the enraged population of the country accused everyone who came to hand was permanent lawyer of the entire gang Eduard Churgulia. We must pay tribute to him for the stubbornness with which he tried to defend the gang of complete thugs who killed and raped children, “writes Pavel Vrublevsky on his blog.

In addition, according to him, Shubin communicated with Churgulia.

“According to the information I received from sources, Churgulia maintained personal relations with Vladimir Shubin at least as early as 2019. That is, at the beginning of our deal and after 7 good years from the sale of the house of Churgulia, “says Vrublevsky.

Lenta.ru contacted Churgulia, but the lawyer sharply refused to answer questions as soon as he learned that it was about Shubin.

“I will not give any comments,” Churgulia said.

In addition to Shubin's deal with Churgulia, Pavel Vrublevsky also made public the episode with possible “communal machinations” of the landlord of the house on Nikolina Gora. In his blog, the entrepreneur said that in 2017, Shubin deliberately laid a power wire on the site to transmit current, stating that it was intended for the Internet.

“I received a bill from the utility company for 17 rubles. Usually these bills were at least from 30 thousand to 80. I called my electricians and asked to check the cable. The cable turned out to be a three-phase conventional power cable for transmitting electricity, not data, “Vrublevsky wrote.

According to the entrepreneur and his lawyers, most likely, in this way Shubin wanted to illegally reduce the cost of electricity for the sports club, to which the cable leads, feeding it at the expense of Vrublevsky and other residents of the village. The entrepreneur does not exclude that Shubin “tightened up the electricity bills, because after the start of the conflict, their cost fell almost threefold.”

Earlier it became known that the Russian Ministry of Internal Affairs for the Odintsovo urban district accepted the appeal of businessman Pavel Vrublevsky on the fact of unlawful actions of Vladimir Shubin against himself and his wife Vera Vrublevskaya. In the complaint of Vrublevsky's lawyer Karina Timaeva, the businessman's representative asks the Odintsovo city prosecutor's office to initiate a criminal case on the fact of committing an attempted fraud in connection with the attempt by Shubin and his wife premises and an attempt to re-collect funds previously paid by Vrublevsky under these agreements. ”

In the new published data, Vrublevsky also says that Svetlana Shubina, despite the obligation to accept payment of rent for a registered individual entrepreneur, evaded taxes by concluding an agreement as an individual. According to the current legislation, individuals are not subject to criminal liability for non-payment of taxes for the delivery of real estate only in the absence of registration as an individual entrepreneur.

“However, Svetlana Shubina was not only registered as such an entrepreneur, but more In addition, she signed a lease agreement as an individual without liquidating her individual entrepreneur, which is a direct corpus delicti under Article 171 of the Criminal Code of the Russian Federation, “Vrublevsky writes.

The Odintsovo City Court of the Moscow Region on November 16 considered Pavel's claim Vrublevsky to Vladimir and Svetlana Shubin. According to Vrublevsky, in 2010 he and his family rented a house from Shubin for 10 thousand dollars a month. Then the price was reduced to 5 thousand dollars. Shubin tried several times to break the lease, but changed his mind. Then the Vrublevskys wanted to buy a house, but the deal fell through on the initiative of the owner.