In the Nizhny Novgorod region, a couple burned a woman alive out of jealousy 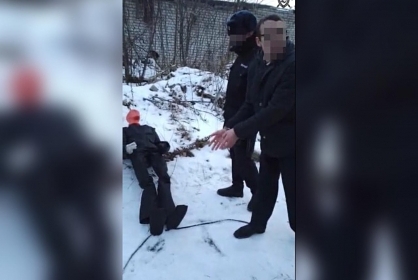 In the Nizhny Novgorod region, 36 -year-old man and his 35-year-old partner for murder with particular cruelty of a friend. This was announced on Monday, November 22, by the regional department of the Investigative Committee of Russia (TFR).

As the court established, on November 24, 2020, the convicts drank alcohol with a 43-year-old victim in one of the garages in the city of Dzerzhinsk. At some point, a 35-year-old Russian woman was jealous of a friend of her roommate, who showed him signs of attention. Then the man doused the victim with gasoline from a five-liter canister, and the female partner set her on fire. After that, the couple left the scene of the crime, leaving the woman burned alive near the garage.

The TFR opened and investigated a criminal case under article 105 (Murder with extreme cruelty) of the Criminal Code of the Russian Federation, the couple was detained and sent to a pre-trial detention center. Both defendants partially admitted their guilt.

On November 12, it was reported that in the Trans-Baikal Territory, a Russian woman accused of murdering a civil husband out of jealousy will stand trial