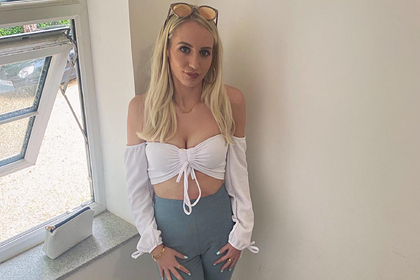 The British woman extended her eyelashes at home and shared the dire consequences. Her story is published by the Daily Mail.

Bournemouth resident Zoe Kinea said she found a master on social networks and went to the procedure, which lasted about three hours. After the end of the session, a feeling of severe discomfort in the eyes remained. It turned out that the specialist had incorrectly glued the fake eyelashes to the eyelids, which caused them to scratch the woman's corneas.

“Usually I am calm about pain, but here I was just crying. It seemed that someone had pierced my eyes, I could barely open them – it was agony. The home master left me with scratched eyes, I went blind for a while, “the victim complained and added that she went to the emergency room because of too much pain.

According to Kinei, doctors tried to open her puffy eyes and applied a special gel to them to find out the extent of damage to the corneas. “They said my eyes were completely scratched. The doctors were unable to help and said that I urgently needed to get rid of my eyelashes, ”she explained. Then the victim dissolved the glue on her own and removed the eyelashes.

The heroine of the material also noted that the master did not return her money for the poor-quality procedure and refused to pay for moral damages. At the moment, the British woman is forced to wear sunglasses on the street, as her eyes have become too sensitive to light.

Earlier in November, the master filmed the girl's eyelashes extended with hair glue and frightened the subscribers. In the posted footage, Ipek Ozkan showed a client's fake eyelashes, which she made in another beauty salon. According to the Englishwoman, during the extension, the master used hair glue instead of a special product for eyelashes. She showed that a layer of viscous black mass was abundantly applied to the roots, which glued all the girl's eyelashes together.