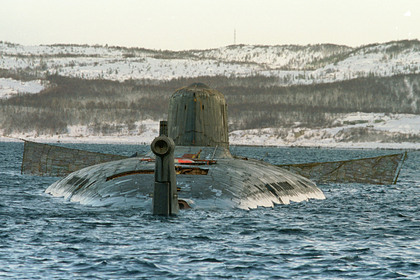 Commander of the Northern Fleet Admiral Vyacheslav Popov that the death of the Russian submarine “Kursk” was due to a collision with a NATO submarine. This is reported by TASS.

The Pentagon refused to comment on Popov's words and said that they had nothing to provide on this issue.

Earlier, the admiral said that the Kursk crash was a result of a ship collision with a submarine of the North Atlantic Alliance. He stressed that he knew the name of the submarine, but could not voice it publicly until there was evidence. Kremlin spokesman Dmitry Peskov left Popov's version without comment.

The disaster of the Kursk nuclear submarine took place on August 12, 2000. Then 118 sailors were killed. According to a report by the Prosecutor General's Office, the cause of the disaster was a torpedo explosion caused by a leak of fuel components. Popov has already put forward his version of the causes of the crash in November 2000, but it has not been confirmed.