Bloomberg: USA suspected Russia of preparing an attack on Ukraine from Crimea and Belarus 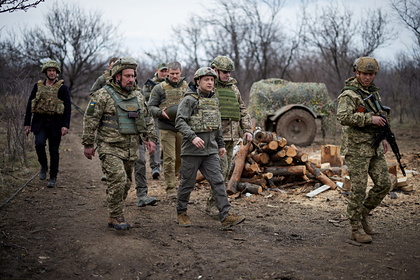 US intelligence believes that Russia will attack Ukraine in 2022 year. This is reported by Bloomberg, citing sources in the special services.

The interlocutors of the publication said that Moscow was preparing an attack from three directions: from the Crimean peninsula, from the Russian-Ukrainian border and from the territory of Belarus. Also, intelligence officers reported that they shared the intelligence with their European colleagues.

According to Bloomberg, American intelligence has maps that confirm the build-up of the Russian military contingent on the borders with Ukraine. According to the data available to Washington, Russia is preparing about a hundred thousand troops for an attack. In addition to the war with Ukraine, this grouping of troops will have to take the occupied territories into a long-term occupation.

The United States claims that most of the Russian tactical groups are already in their positions. Their advancement will be supported by air strikes, and the security of their rear areas will be ensured by reservists whom Moscow has called on on a “scale unprecedented for the post-Soviet space.” Its essence is to constantly accuse Moscow of aggression. This, on the one hand, will allow Washington to “push its brothers-Slavs against each other,” and on the other hand, it will keep the current allies under its wing and force them to buy more weapons from the United States.