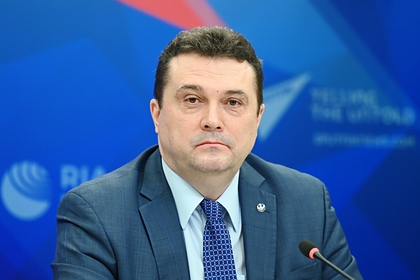 The media is the nationality of the criminals. Soloviev considered that the idea to some extent restricts freedom of speech, and assessed the possibility of adopting the bill. He told about this in the comments of the radio station “Moscow speaking” and the Telegram channel “Radiotochka NSN”.

“What the media can or cannot say is determined by the law on the press, the civil and criminal codes. At the moment, there is no such form – to name or not to name the nationality of the offender, “- said Solovyov. The head of the Union of Journalists also expressed doubts that the bill would be adopted.

The chairman of the Association of Journalists of the Russian Federation also expressed doubts that the bill, if adopted, would affect safety and the level of crime. “I don’t think this will somehow change the situation,” said Solovyov.

Earlier, the proposal to ban the indication in the media of the nationality of offenders was commented on by the doctor and TV presenter Alexander Myasnikov. He named the strengths and weaknesses of the initiative.

A bill banning mentioning in the media the nationality and religion of Russians who violated the law was introduced to the State Duma by the Chechen parliament. The authors of the initiative explained its necessity by the existence of provocative materials in the media and social networks that can form a negative attitude towards certain ethnic groups.