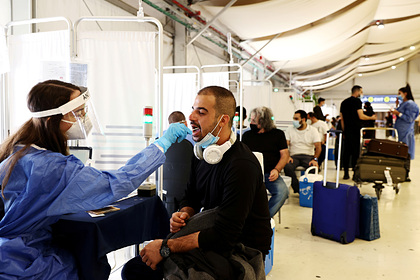 Israeli Tourism Minister Yoel Razvozov told Russian tourists about the possibility of obtaining a “green passport” to visit the country. Izvestia writes about this.

According to the head of the department, travelers who go on a trip must take a PCR test 24 hours before departure. In addition, upon arrival in the republic, vacationers need to re-pass the PCR study at their own expense, which will cost 20-25 dollars (1.4-1.8 thousand rubles).

After passing the tests, tourists are forced spend six to eight hours in a hotel waiting for a negative result. Only after that they will be able to receive a “green passport.” This can facilitate the procedure and reduce the cost of the trip, “the politician noted.

Razvozov also added that the” green passport “will be an application or a QR code and will be a pass for entering restaurants, museums and other public places. use.

Earlier in November, it became known that Israel plans to open to Russian tourists from December 1. According to the country's tourism minister, only those who received the second dose of Sputnik V no more than six months ago will be able to enter the republic.