A bill was submitted to the State Duma to reduce the marginal rate on loans to 0.8% per day 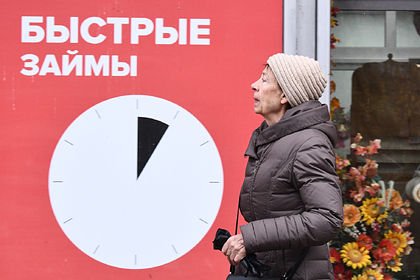 The maximum rate on consumer loans and Russia may be reduced from the current one percent to 0.8 percent per day, follows from the bill submitted to the State Duma.

Amendments to the law “On consumer credit (loan)” (353-FZ), which should save Russians from loans at 365 percent per year and limit the maximum value of the total cost of a loan to 292 percent, suggested a group of deputies headed by the chairman of the financial market committee Anatoly Aksakov.

The document states that the draft was prepared “for the purpose of improving the protection of the rights of consumers of financial services ”. Annually in Russia about 35 million agreements are concluded at a rate in the range of 292-365 percent per year, and their share in the total number of microloan agreements is 75 percent. The deputies noted that they decided to come up with an initiative against the backdrop of a 3.5 percent drop in real disposable income of Russians and a significant increase in the population's debt burden.

The head of the Central Bank Elvira Nabiullina pointed out the need to reduce the marginal rate on November 18 during a speech in the State Duma … “We think that the time has really come, maybe, to lower the maximum loan rate for microfinance organizations. We did it, the laws were passed. I think it's time to do it, ”she said. The Speaker of the State Duma supported the proposal, urging “to think about people, not about those who engage in usury on this topic.”