Conflict expert Yunusov: the events of “Black January” in Baku in 1990 created artificially 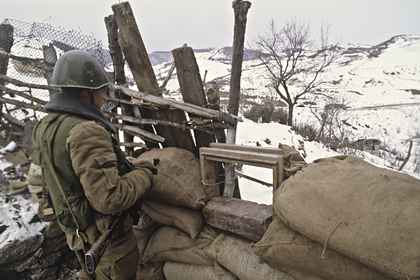 The tragedy of “Black January” in Baku in 1990 , which unfolded in the era of perestroika against the background of the Karabakh conflict, was created artificially. Such an assessment of the events in an interview with Lente.ru was given by the conflict expert and human rights activist Arif Yunusov as part of a special project dedicated to the 30th anniversary of the collapse of the Soviet Union.

He noted that the actions of the Soviet government played a key role in the tragedy that contributed to the Armenian-Azerbaijani conflict – it was preceded by the decision of the President of the USSR Mikhail Gorbachev to appoint Abdurakhman Vezirov as the first secretary of the Communist Party of the Azerbaijan SSR.

“His task was to completely cleanse the local political field from Heydar Aliyev and all his supporters (…). In one year, he fired about a thousand people from the highest party and government echelons. But it turned out that the system built by Aliyev is like a hydra: one head is removed, and another one grows to replace it, ”the conflictologist said.

He added that a joint meeting of the USSR Prosecutor General's Office and the Azerbaijan SSR General Prosecutor's Office was to be held in January, at which the investigative group would report on the work done to identify the facts of corruption and violations of the law. After that, criminal proceedings were to be instituted against Aliyev and his team members.

“There was a need for bloodshed to divert attention (…). Armenian pogroms are not a struggle of Azerbaijanis against the dictatorship of Moscow within the framework of a national movement, not a struggle against Armenians. This is the result of the task that Aliyev set before [Neymat] Panakhov and his other supporters in order to prevent the overthrow of his team. He was preparing to come to power. Indeed, after January 20, there was no question of any joint session of the prosecutor's office and the plenum of the Central Committee of the Communist Party of the Azerbaijan SSR. The investigators dispersed, Vezirov lost his power. Everything collapsed, Aliyev won, “Yunusov said.

Earlier, in a conversation with Lenta.ru, Yunusov named the reasons for the national conflicts in the late USSR. In his opinion, the problem lay in the very structure of the Soviet Union, in which the national republics received broad autonomy and their own local elite.

“Black January” – suppression of protests by Soviet army units on the night of January 20, 1990 in the capital Azerbaijan SSR – the city of Baku. More than 100 civilians were killed and around 700 were injured during the riot operation. Officially, Soviet troops were brought into the city to protect the Armenian population. However, the riots that swept across Baku had already ended by that time, and the servicemen, who had been standing on the outskirts of the city all this time, did not intervene in what was happening. “Black January” became a turning point in the history of the Azerbaijan SSR and the impetus for the republic's secession from the Soviet Union.