Conflict expert Yunusov: “images of enemies” and the desire for independence led to conflicts in the USSR 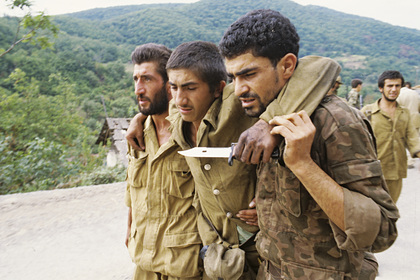 behind which the elites of the national republics believed that their peoples would have lived better if it had not been for the dictates of the union center. Conflict expert and human rights activist Arif Yunusov spoke about this in an interview with Lente.ru as part of a special project dedicated to the 30th anniversary of the collapse of the Soviet Union.

“At the same time, within each of the 15 national republics there were other peoples who believed that they would live well if they were not part of these subjects, but received independence. When we came to Moscow, I met with Russian nationalists from the Pamyat society. They said the same thing. Like, we would have healed well if it were not for these national republics, which exist exclusively at the expense of the Russians, ”said the conflict expert. He added that in the late USSR, everyone created the image of an enemy from which it was necessary to become independent, which led to bloody conflicts.

According to Yunusov, the problem lay in the very structure of the Soviet Union, in which the national republics received broad autonomy and its own local elite.

“If an appropriate economic basis were provided for this policy, who knows how the USSR would have developed. But the base did not exist. By the Brezhnev period, the Soviet Union was already experiencing economic stagnation: the hungry peoples were tasked with living well. And at the time of the collapse of economic ties and the strengthening of social stratification, when each republic formed its own national elites, freedom appeared. This became almost a decisive factor in the collapse of the USSR, “he summed up.

Earlier, in a conversation with Lenta.ru, journalist Oleg Kashin said that the possibility of keeping the USSR by force was used up even before the all-Union referendum on March 17, 1991, during the suppression of rallies for independence in the union republics.

On August 18-21, 1991, events took place in the country, called the “August putsch”. Officials and state authorities regarded them as a conspiracy, a coup d'etat and an unconstitutional seizure of power. The GKChP that emerged in those days was opposed by the leadership of the RSFSR: President Boris Yeltsin and Vice President Alexander Rutskoi. At their call, thousands of people gathered outside the White House. An unsuccessful attempt by the State Emergency Committee to interfere with the “course towards the elimination of the Soviet Union” led to the failure to sign the renewed Union Treaty.