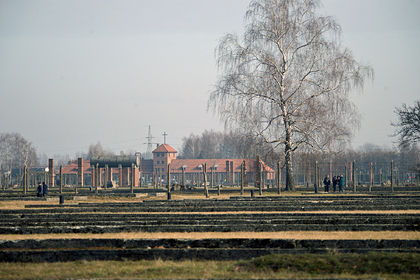 The Polish authorities launched an advertising campaign to attract new residents to Auschwitz. This was reported by the press secretary of the city magistrate Katarzyna Kvecheni, RIA Novosti reports.

The politician said that the advertisement of life in Auschwitz was initiated by the local government. “Nine billboards with information about its merits appeared on all four access roads,” she said. Kvecheni stressed that the goal of the campaign is to urge citizens of all ages to choose Auschwitz as a permanent place of residence and demonstrate its strengths.

It is noted that the boards contain information about affordable housing and infrastructure in the city, education and employment opportunities. “Why live in Auschwitz? Because it is a dynamically changing city, ”said Mayor Janusz Hwerut. At the moment, about 38 thousand people live in the city.

On October 6, it was reported that the territory of the former Nazi concentration camp Auschwitz-Birkenau, which is located in Auschwitz, was found with anti-Semitic graffiti. Inscriptions in English and German were inscribed on the walls of nine wooden barracks.

During the Second World War, about 1.3 million people were sent to Auschwitz-Birkenau, of whom 1.1 million died. According to other estimates, up to four million people died in the camp. The complex is considered the largest and longest-lived Nazi death camp, one of the main symbols of the Holocaust.