Khachaturyants, after being elected president of the RPL, said that the limit on legionnaires will change 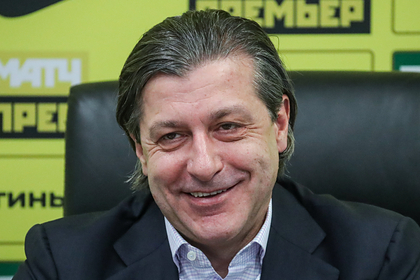 Limit on legionnaires in the Russian Premier League (RPL) must change. The new president of the organization, Ashot Khachaturyants, made such an announcement in an interview with Championship.com.

According to him, the clubs have been concerned about this issue for a long time. “At the moment, we do not have healthy competition among homegrown players,” added Khachaturyants.

According to the head of the RPL, we are not talking about a complete cancellation of the limit. At the same time, an increase in the permissible number of legionnaires in the application for the season is possible. Khachaturyants noted that the decision will be made after agreement with the clubs.

Khachaturyants was elected president of the RPL earlier on Monday, November 22. He was the only candidate for this post.

On September 10, Russian President Vladimir Putin recalled that Russian football players had not been at the Olympics since 1988. He stated that the removal of the limit on foreign players would have a detrimental effect on the results of the national team. Currently, the RPL has a limit on the number of foreign players in the application according to the “8 plus 17” scheme (8 legionnaires and 17 Russians).