The Norwegian Ministry of Defense: the Russian Commission established the reasons for the Kursk's death 21 years ago 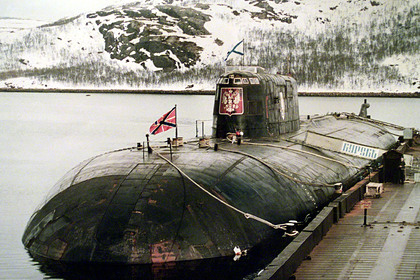 Kursk “due to a collision with a NATO submarine, which was voiced by the admiral and ex-commander of the Northern Fleet Vyacheslav Popov. This was reported by RIA Novosti.

NATO's submarine. And she was there, in the area where she collided with the Kursk

As the Norwegian side recalled , the Russian commission established the reasons for the incident. “The tragic incident with the Kursk submarine 21 years ago shocked Norway, which is also a maritime power,” they added.

Earlier, Admiral Vyacheslav Popov named his own version of the Kursk sinking. According to him, this was due to a collision with a NATO submarine, which was tracking the submarine. He noted that the submarine was unable to ensure safety due to weather conditions, so it sailed too close to the Kursk, and was later found off the coast of Norway. The Kremlin refused to comment on Popov's version.

The Kursk sank on August 12, 2000 in the Barents Sea, 175 kilometers from Severomorsk, killing all 118 crew members. According to the official version, the cause of the tragedy was the leakage of fuel components of the torpedo, which then caused the detonation of other shells.