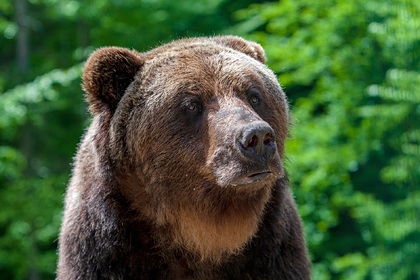 A French resident shot a brown bear who attacked him on the leg. This is reported by WION.

A 70-year-old hunter sustained a leg injury as a result of an attack by a bear near the Xie commune, Ariege department. The animal bit the Frenchman's leg and severely damaged an artery. The hunter decided to take revenge and shot the offender.

The most terrible beastThe bloody cannibal hippopotamus in the best wildlife shots00: 02 – December 29, 2019

The crocodiles, wild boars and monkeys declared war on humans. Nobody knows how to stop them

The man was found and rescued by the gendarmes. The victim was admitted to the intensive care unit of a hospital in Toulouse, his condition is assessed as serious. A few meters from the place where the hunter was found, law enforcement officers found the carcass of a bear.

Employees of the Office for Biodiversity of France find out the circumstances of the incident. It was established that the injured man was a member of the local hunter's association. The female bear was with her cubs when the attack took place.

“Today it is becoming especially noticeable that the coexistence of humans and wild animals is becoming more difficult,” said the president of the Council of Ariezha Christine Teki

Brown bears practically disappeared in the region, and France launched a program to restore their population. The country's authorities brought bears from Slovenia. Currently, about 60 animals live in the Pyrenees, and this is causing problems for local farmers, as bears pose a threat to livestock.

In 2020, three bears were illegally killed in the Pyrenees. Two of them were killed in Spain, another in France. The government in France has announced its intention to replace all bears killed by humans with new ones.

Earlier it was reported that grizzly bears attacked people twice in the Canadian province of Alberta in the same day. In the first case, a tourist who went on a hike to Mount Storlk was injured; in the second, a bear attacked a pheasant hunter.