Zakharova: media publications about Russia's impending invasion of Ukraine are a mythologeme 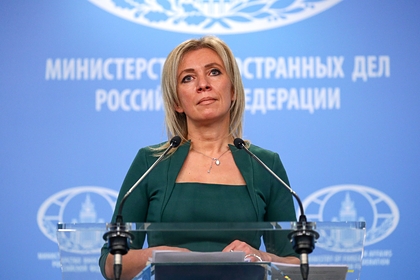 Ukraine, using for this the crisis with migrants on the Polish-Belarusian border, is another mythologeme. This is how the official representative of the Russian Foreign Ministry Maria Zakharova assessed such messages, RIA Novosti reports.

“This should be treated like that. There are facts – show it, show it, we'll talk. If not, then it’s time to work on the mistakes on those nonexistent stories that have been wandering in the pages of the Western press for seven years with regard to Ukraine, ”Zakharova said.

She recalled that earlier in Western publications Doubtful materials have been circulated repeatedly, saying that Russia is allegedly building tunnels leading to southeastern Ukraine, and is transferring its tanks there under the guise of humanitarian convoys.

Earlier in November, The New York Times, citing American and European officials said that Russia was allegedly ready to invade Ukraine and the Western countries had very little time to prevent it. As the newspaper noted, the attack could happen soon enough.

Prior to this, Bloomberg described a pessimistic scenario for the development of the migration crisis on the border of Poland and Belarus. According to the author of the article, the presidents of Russia and Belarus, Vladimir Putin and Alexander Lukashenko, may escalate this conflict. At the same time, it was noted in the material, in the event of an open armed clash, Russia has already mobilized its forces on the border with Ukraine.

At the same time, Russia denies foreign media reports that the country is pulling troops to the border with Ukraine … In particular, the Foreign Ministry called such statements about Russian aggression ridiculous and dangerous.