Deputy Head of Irkut Gaidansky: MS-21 with Russian composites will take off for the first time in December 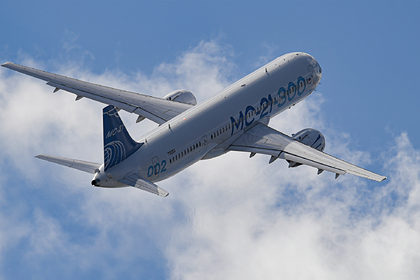 The first flight of the Russian without the use of US components, will take place in December 2021. This date was named by the deputy head of Irkut, Anatoly Gaidansky, reports RBC.

The supply of American composite materials for the “aircraft of the XXI century”, as it is called in Russia, stopped in 2019 due to sanctions. In this regard, the launch date of the liner was postponed several times.

Until 2021, the aircraft must pass a type certificate, but so far only with imported PW1400G engines and imported composites. The manufacturer hopes to receive the change allowing the car to be operated with Russian composites by the end of the first quarter of next year. A year ago MC-21 made its first flight with Russian engines

According to Gaidansky, any new material on the plane requires a lot of additional testing. Material qualification is costly and time-consuming, he added. However, in the end, Russian materials will cost the manufacturer about ten percent cheaper than American materials.

Certification of the MS-21 with Russian engines should take place before the end of 2022. To enter the international market, the liner must undergo additional certification in Europe, but how long this procedure can take is difficult to say. The deputy head of Irkut expressed the hope that the discussion will focus exclusively on technical issues, the process will be free of political interference, and the issues can be resolved in a few years.

In early September, General Director of the State Transport Leasing Company (STLK) Yevgeny Ditrikh admitted that additional subsidies are needed for the initial period of operation of the MS-21, the allocated money will not be enough.

At the same time, in May, the head of the Ministry of Industry and Trade Denis Manturov said that in the near future Russia will not supply the MS-21 aircraft to foreign customers due to negative experiences with Superjet 100.