Austrian Foreign Minister Linhart: the EU is not aiming at regime change in Belarus 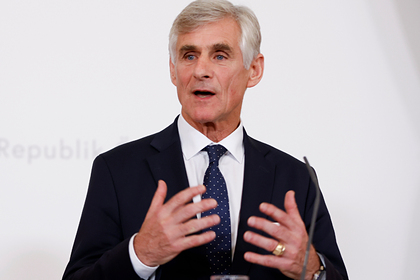 International conference on the internal political situation in Belarus in online format, should be a step forward and show the citizens of the country that they are not alone. This was stated by the head of the Austrian Foreign Ministry Michael Linhart on Twitter.

The diplomat stressed that in 2020 the Belarusian people were robbed of the right to free and fair elections and deprived people of their electoral vote, but not the votes themselves. “Thousands of women and men took to the streets. They sent a signal: enough, “he said.

According to Linhart, the leaders of the European Union (EU) countries understand that reforms do not happen quickly. “Our goal is not regime change. We want the Belarusian people to make their own choice, ”he said.

On November 17, the head of EU international diplomacy Josep Borrell said that the Belarusian authorities unleashed a hybrid type of aggression and turned migrants into“ living shells that hit the border “. According to him, it is necessary to stop the flow of people who are deceived into Belarus, promising an open path to Europe.