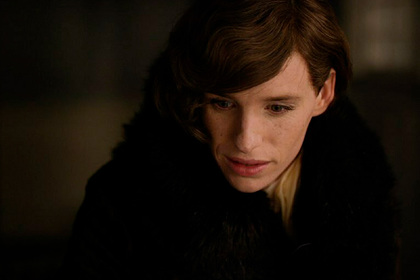 British actor Eddie Redmayne, who played in the film Danish Girl ”the first transgender woman to undergo gender reassignment surgery called her role a mistake. This is reported by The Times.

In the film by Tom Hooper, the artist will be reincarnated as the artist Lili Elbe, who in the 1930s decided on such a surgical intervention. Redmayne noted that he took on the role with good intentions, but now he would not agree to such a project.

“Discussions about the frustrations associated with casting are related to the fact that not all people have the right to vote … There must be equality, otherwise this debate will never end, “- said the actor.

Last year, Redmayne criticized writer JK Rowling, accused of transphobia. “As someone who has worked with both J.K. Rowling and members of the trans community, I would like to be clear about my position. I disagree with Joe's words. Trans women are women, trans men are men, non-binary identities exist. I would never want to speak on behalf of the entire community, but I know that my dear transgender friends and colleagues are tired of constant doubts about their identity, which too often lead to violence, “said the actor.

39 -year-old Redmayne is known for films such as Fantastic Beasts and Where to Find Them, Les Miserables, Stephen Hawking's Universe, Jupiter Ascending. The actor was nominated for an Oscar for his work on The Danish Girl.