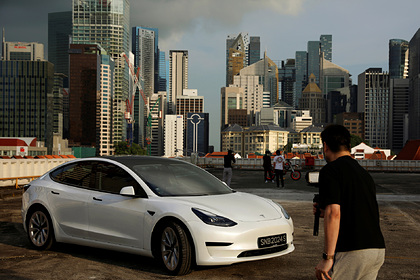 Tesla owners were unable to get into their vehicles due to a crash. This is reported by the Electrek edition.

The journalists drew attention to the complaints of Tesla car users who could not unlock their cars due to an unknown error. Users tried to open the car using the digital key function through an app on a smartphone. As a result, it turned out that the error occurred on Tesla's side.

On November 20, Tesla CEO Elon Musk responded on his Twitter to a complaint from one of the car owners. “It looks like we accidentally increased the granularity of the network traffic,” Musk said and apologized to consumers, promising that engineers are working on troubleshooting. As the authors of the publication noted, problems with access to Tesla cars were observed all over the world.

Journalists noted that in the absence of the possibility of unlocking the electric car through the application, the car can be opened with a key fob. In this regard, experts recommended that car owners keep the physical key to the car with them.

At the end of November, Tesla car owners complained about the increased incidence of false braking while driving on autopilot. In many cases, such behavior of a car can be dangerous, since the car behind may not be able to avoid a collision.