In Taiwan, a man stabbed a store employee in Taoyuan City after being asked to wear a mask 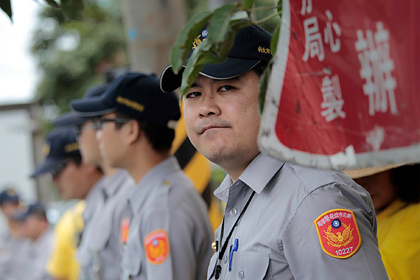 A Taiwanese man killed a store employee after asking to wear a protective mask. This was reported by the CNA news agency.

According to the agency, a 41-year-old man named Jiang entered a convenience store in Taoyuan City without a mask. After being asked by the seller to wear protective equipment, the attacker left the store. He subsequently returned, threw a mask in the officer's face and left again.

According to police, Jiang later went to the said store for the third time and stabbed the seller. It is noted that he hit him several times in the chest area. The victim died in hospital from his injuries. CNA writes that against the background of increased aggression from buyers due to epidemiological requirements, law enforcement agencies will increase surveillance of convenience stores.

On September 21, it was reported that in the German city of Idar-Oberstein, a man shot and killed a cashier due to refusal to sell him beer without wearing a mask. The 49-year-old German citizen came to the gas station for a beer, but the cashier did not sell him the drink due to the lack of a mask. Subsequently, the German went home for a revolver, returned to the gas station and killed the employee.