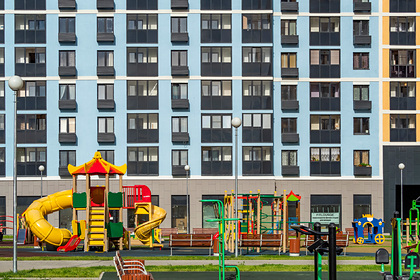 the beginning of 2021 did not grow or even went down, but since the end of summer they have increased in almost all 15 cities with a population of one million, it follows from the materials of the Restate.ru portal provided to Lente.ru.

It has become cheaper to rent housing in large cities than to buy with a mortgage, analysts say. This allowed the Russians to massively increase the cost of renting apartments. Most of the rates increased in Ufa (by 23 percent since the beginning of autumn), Krasnoyarsk (plus 15 percent), Yekaterinburg (13 percent), Novosibirsk (13 percent), Rostov-on-Don (12 percent), Kazan (12 percent), Volgograd (11 percent) and St. Petersburg (10 percent).

The least noticeable prices for rented housing rose in Voronezh (by 3 percent) and in Moscow (plus 0.2 percent). “Apparently, rental prices in the capital reached the ceiling in the summer. Now it is possible to rent an average apartment in the capital for 74 thousand rubles a month, “experts say.

According to their data, in most cities with a population of one million the rates are per year (from November 2020 to November 2021) added an average of 15-20 percent. “True, even now the appetites of landlords are beginning to subside,” states Restate.ru. – Only in five out of 15 cities with a population of over one million (Yekaterinburg, Nizhny Novgorod, Rostov-on-Don, Ufa and Perm), the growth of rental rates continued in November, in the rest of the average indexes have already risen or even show a tendency to a slight decrease.

Earlier, the general director of Univer Capital Askhat Sagdiev said that buying an apartment for investment purposes (for rent), despite the popularity of such a tool, is a very controversial idea. As the expert noted, a citizen who has invested in real estate will not be able to extract part of the funds if necessary – he will have to sell the entire apartment.