Russian synchronized swimmer Varvara Subbotina on transgender people in sports: this is wrong 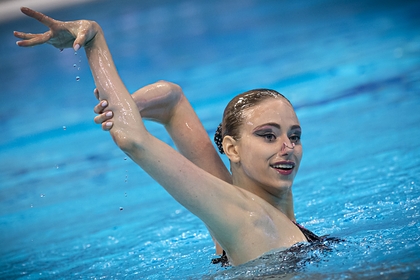 Transgender people should not participate in sports with men or women. Such an assessment of the appearance of such athletes was given by the Russian synchronized swimmer Varvara Subbotina, whose words are quoted by Sport-Express.

According to her, it is worth creating a separate category for transgender people. “Girls have to compete with girls, boys with boys. Or do you want to mix everyone up and make a total porridge? Yes, everyone has the right to be whoever he wants. But not in sports, “Subbotina said.

The athlete also called the admission of New Zealand weightlifter Laurel Hubbard to the Olympic Games in Tokyo wrong, and was also shocked by the recognition of her as the athlete of the year in the country. “It’s good that this will not happen in Russia in the near future,” added Subbotina.

Hubbard is the first transgender athlete in the history of the Olympics, she was unable to win a medal at the Games. The athlete underwent gender reassignment surgery 12 years ago. Prior to that, she also did weightlifting.